Welcome to the Future with the Autonomous Vehicles

For the past hundred years, innovation within the automotive sector has created safer, cleaner, and more affordable vehicles, but progress has been incremental. The industry now appears close to substantial change, engendered by autonomous, or “self-driving,” vehicle technologies.

This technology offers the possibility of significant benefits to social welfare as saving lives, reducing crashes, congestion, fuel consumption, pollution, increasing mobility for the disabled, and ultimately improving land use. 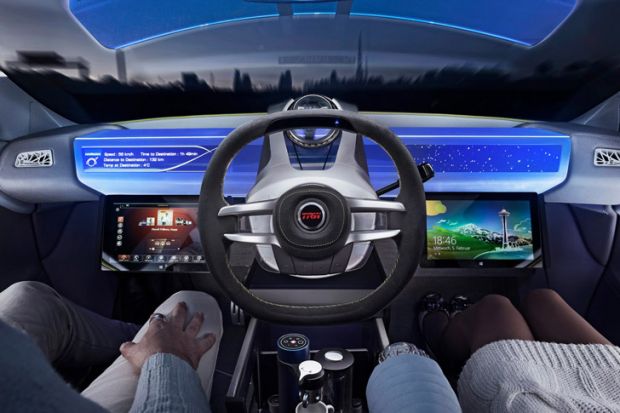 An autonomous vehicle can drive itself from a starting point to a predetermined destination in “autopilot” mode using various in-vehicle technologies and sensors, such as radar, cameras, GPS, computer vision as well as advanced driver assistance systems, software, map data and wireless data communication.

During 2014, autonomous vehicles efforts have been prominently featured by mainstream media, which is leading to unrealistic and inflated expectations. Key challenges for the realization of autonomous vehicle continue to be centred on cost reductions for the technology, but they increasingly include legal and ethical considerations, such as liability and driver-related aspects.

The introduction of self-driving vehicles will occur in three major phases: from automated, to autonomous, to driveless vehicles. Each phase will require more-sophisticated and reliable capabilities that rely less on human driving intervention.

The advantages of Autonomous car are numerous and they include:

·         The lack of human error whilst driving, will result in a much safer journey
·         Disabilities would no longer be a factor in driving, meaning anyone could drive
·         You would need less space for parking as well as the car would be able to drop you off and then find a parking space further away.
·         The average worker spend 200 hours a year commuting, an autonomous car would allow workers to spend the time on other things.

·         There would be no need to pass a driving test or gain a driving license as everyone would be able to drive.

However, there are still some disadvantages of Autonomous cars:

·         There will always be the worry of the computer crashing or malfunctioning, resulting in a major collision.
·         The lack of need for drivers would be catastrophic for the economy; in 2011 there were 73,000 taxi drivers in England, who would all become unemployed. This would be common for all driving professions, including lorry drivers, bus drivers etc.
·         When they will be first released, they are likely to be extremely expensive, and therefore most people won’t be able to afford them.
·         Driving enthusiasts may not find the concept of self-driving car appealing, and therefore will most likely want to keep normal cars.

Autonomous driving has been a long-term goal for the automotive industry for decades. Yet, only recently have self-driving vehicles started to become a realistic objective that can be achieved in practice. While fully automated vehicles that operate themselves with no driver present are still a decade away, the incremental systems necessary as a foundation for the related technology are expected to make their way into production during the next 5–10 years.